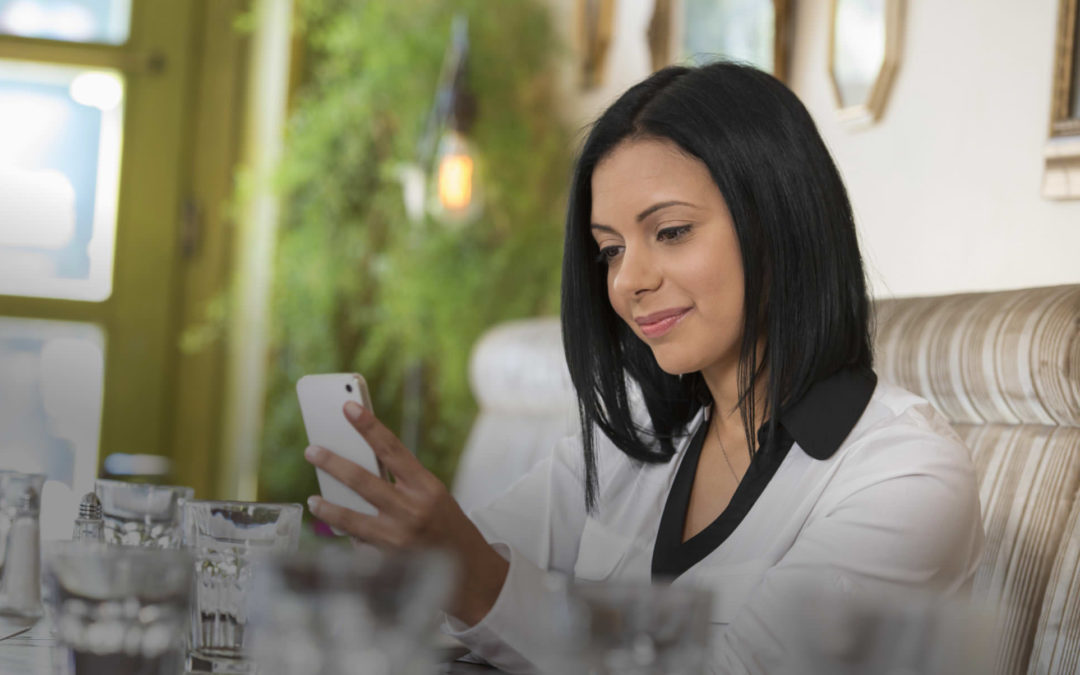 Austin is facing its first weekend in more than two years without Uber or Lyft. Both companies pulled out Monday to protest voter rejection of Proposition 1, which would have eliminated mandatory fingerprint-based background checks.

Opponents of Prop 1 responded to Uber and Lyft’s threat to leave by arguing that if there is money to be made on ride-hailing in Austin, other companies will replace them. The city’s taxis are not able to meet demand during peak hours and special events, according to one study, but anyone who’s tried to call a cab on a Saturday night prior to the arrival of Uber and Lyft could tell you that.

Three transportation network companies are now operating in Austin. Wingz is only driving people to and from the airport, for now. GetMe says it’s bringing on more drivers, but will not be able to meet demand the first weekend since Uber and Lyft left.

The third ride-hailing company in Austin has not received as much attention. The app zTrip (not to be confused with the DJ and producer Z-Trip) was developed by the transportation company Transdev. Outside of Austin, it offers its range of services in Kansas City, Denver, Boulder, Pittsburgh, Baltimore, Minneapolis and Orlando.

Unlike Uber and Lyft, zTrip does not hire people to drive their own vehicles. Instead, it allows you to hail or schedule a taxi, limousine, black car service and in the case of Austin, large-capacity shuttle vans. Like Uber and Lyft, you see the vehicle approaching in the app, and you can pay with your smartphone.

The company has only 140 vehicles accessible through zTrip in Austin. Its president, Bill George, says that number will grow quickly, but only by the hundreds, not the thousands of vehicles estimated to have been available through Uber and Lyft. However, George says zTrip is committed to complying with all local regulations, including fingerprint-based background checks.

We spoke to George and asked him some questions about zTrip.

It seems like you are trying to bridge the gap between taxis and transportation network companies?

Absolutely, and that’s really what defines us and sets us apart from the other TNCs. We bring you all the convenience of a taxicab, where you can just hop in and choose to pay the driver through a credit card or cash in the car, or you can certainly use the app [to pay].

Where we really set ourselves apart, too, is that we do not surge price, and we also allow you the opportunity to hail a car right now, but you can also order one in advance.

Without surge pricing, how do you incentivize drivers to work downtown during times of peak demand, which are typically Friday and Saturday nights, when many of their potential customers could be drunk and possibly unpleasant to deal with?

Philosophically, I’ve always had a problem with surge pricing. In some cases, it will get a few drivers more on the road, but what it’s really designed to do is manage demand.

My whole career has been spent trying to convince you to leave your keys at home and let us take you some place and bring you home. If it costs you $15 to get someplace, I don’t think it should cost you $45 to get back home. Our per-mile rate on a daily basis is a little bit higher than the TNCs, but the rate is the rate.

It’s not a good situation when you have drivers living for the surge. That’s what creates unsafe situations. Drivers are very smart and learn how to game the system, and customers become smart. All the sudden they put their [pickup location] in for a block away where there is no surge, and they tell their driver to come and meet them.

Up front, transparent pricing, I think, is a better model.

But none of Austin’s 915 taxis is available on the app.

We started 10-10 Taxi in Round Rock about two years ago, and we’ve got 70 or 80 cars up there that are involved in that.

When the TNC regulations came out, we filed for a TNC permit in Austin. Previously, because we were only based in Round Rock, we could only pick up trips in Round Rock. With our TNC permit, we’re now able to pick up within the [Austin] city limits.

In addition to our super shuttle and executive car businesses down there [in Austin], we have over 140 vehicles. We are on the verge of making a major announcement of adding another 500 vehicles on within the next three weeks. In addition, we’ve got other drivers that we’re adding.

Since the news of Saturday’s election broke, I think we’ve had about 600 driver applications come in online.

When do you intend to announce the news of the additional 500 vehicles?

We think we’re going to have an announcement next week.

We are coming up on the first weekend in more than two years with no Uber or Lyft in Austin. Will you be able to meet demand?

No. It’s going to be a ramp-up period. To say that we can get all those vehicles replaced in that quick of a time is not feasible. We know that we’re adding daily, and we’ll continue to do so. We’re working to do it in a measured way to make sure that the drivers we’re bringing on board meet our standards and are in compliance with what the city’s mandated.

How long will it take?

Have you experienced an increase in consumer demand since Uber and Lyft pulled out of Austin on Monday?

Absolutely. Since word came out officially on Sunday and with the pullout on Monday, we’ve seen a tremendous jump in our volume. That’s why we’re working to get other partnerships involved so we can solve the demand issues. 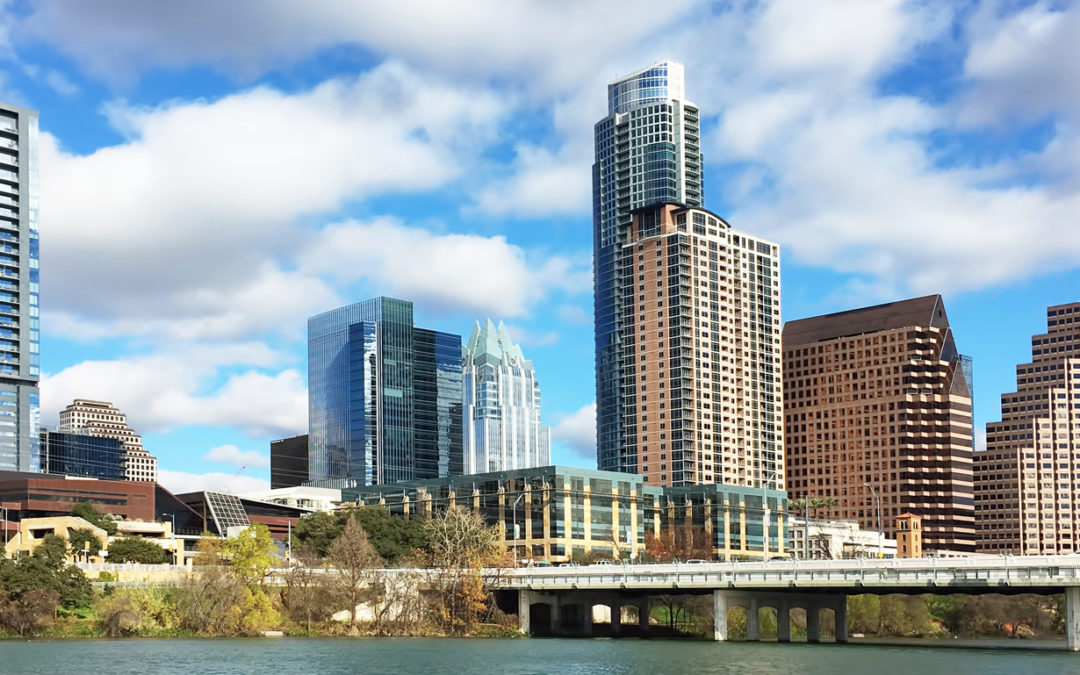 Another Uber-like service coming to Austin.

Another company is planning to launch a new, taxi-company-backed ride-hailing service in Austin in early 2016.

The news comes as Uber Technologies inc. and Lyft Inc. have made threats to leave the market if the Austin City Council on Thursday passes regulations they don’t like, and as another option – Get Me – prepares to launch its own taxi-like ride-hailing service this week in Austin.

Here in the Austin area, TransDev is partnering with Round Rock-based 10-10 Taxi to launch the new ZTrip service.

ZTrip has already partnered with local taxi companies to offer taxi-backed, app-based ride-hailing services in Pittsburgh, Kansas City, Baltimore, Orlando, Tampa, Denver and Phoenix. Yellow Cab, the dominant taxi company in Austin, has for years had its own app called Hail A Cab.

The move is a big expansion for 10-10 Taxi, which is not a licensed taxicab franchise in Austin and can only pick up taxi fares in its licensed jurisdictions in Williamson County. But since it now has a TNC agreement with Austin, its drivers can begin to take fares in the city.

The 10-10 Taxi and ZTrip partnership is one of now five companies that has a signed agreement with the city of Austin allowing them to operate so-called transportation network company services. Uber and Lyft are currently the only active companies with TNC agreements with the city. Get Me, which launches this week, is another. There is also Sidecar LLC, which tried to operate in Austin in 2013 before city regulators effectively shut it down. Sidecar’s efforts to sue the city to allow its service were unsuccessful.

Since then, Sidecar has yet to return to Austin. It has also pivoted from a ride-hailing service to a business-to-business delivery platform.

“We have an Austin permit, but have no immediate plans to return,” said Margaret Ryan, spokeswoman for Sidecar. “If we do, it will likely be with deliveries because the regulatory burden is less than rideshare.”