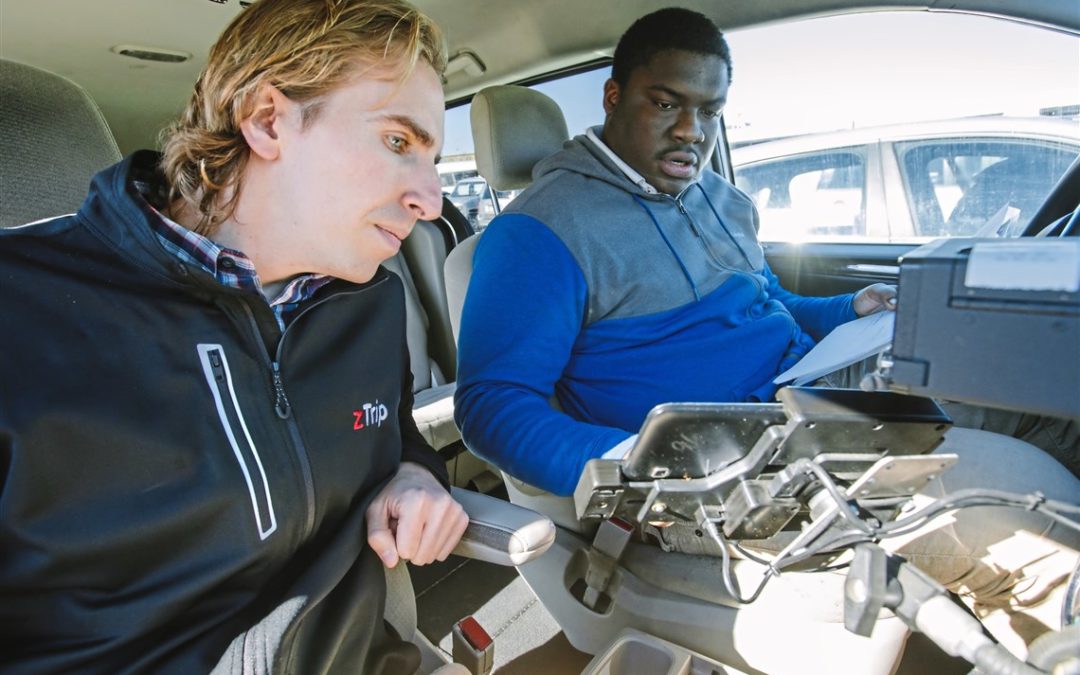 Jamie Campolongo is trying to close the gap between 11 seconds and two seconds.

That nine-second difference is an eternity in today’s world when potential customers are in a hurry to get a ride.

That was an unshakable fact that Mr. Campolongo, who has been president of Pittsburgh Transportation Group for 25 years, realized three years ago — not long after Uber and Lyft dramatically rolled into Pittsburgh.

The San Francisco-based ride-hailing apps suddenly could offer anyone a ride within minutes, which eroded taxi cabs’ market share while flouting state regulations that had granted Yellow Cab of Pittsburgh monopolistic authority.

In response, Mr. Campolongo did something remarkable for an industry infuriated by the newcomers’ audacity: He joined forces with the ride-hailing companies to legalize their operations.

“We knew Uber was going to get what they wanted,” Mr. Campolongo said in a recent interview in his office in Chateau. Instead of fighting his new rivals, “What we said was: How about a ‘me, too?’”

The result was passage of legislation, signed by the governor last year, that amended Pennsylvania transportation rules to permit ride-hailing companies. At the same time, the taxi company underwent a brand overhaul, developing its own mobile app and trading in the mustard-yellow, checkered boxy cabs for silver Toyotas, Hyundais, Kias and Dodges.

The old and stale Yellow Cab of Pittsburgh became hip and sleek zTrip — a ride-hail company informed by a 100 years of experience, but embracing a digital reality.

In some ways, zTrip is a mix of both. The company still owns a fleet, which today totals about 290 cars that can be leased on a daily, weekly or weekend basis by drivers. Though drivers pay for leases, the company covers insurance costs and maintenance.

An additional 100 to 150 people drive for the company using their own vehicles under the YellowZ banner, not unlike Uber and Lyft drivers. That group is designed to grow and shrink with demand.

The move to shift the business strategy appears to have paid off. Though he declined to provide specifics, Mr. Campolongo held up a chart showing sales up 30 percent from last year and fully recovering from declines when Uber and Lyft moved in.

In addition, trip completions are way up and complaints are way down. The silver zTrip cars can now be spotted across the city and are ubiquitous at major events. Mr. Campolongo plans to increase the fleet by 21 percent next year.

In the process, zTrip has had to work a little harder, and in different ways, to manage its workforce.

About half of drivers for zTrip today were with the company three years ago — meaning about half are new to working for a cab company. The company modified driver training to put more weight on customer service and small business management tips now that they are competing against other companies.

Tim Knight got the keys to his first zTrip vehicle in September 2016. He had never driven for a taxi company, but he did have experience in customer service and sales.

Mr. Knight had no problem establishing a base of customers who would reach out to him for a ride. Soon enough, he was asked to be a mentor to other drivers. In April, he was hired on as the market expansion manager — a full-time position that brings on new zTrip drivers and serves as their liaison with the company.

Now that the job comes with the ease of technology and a cooler brand, recruiting is easier.

“Taxi cab drivers used to be the job of last resort,” Mr. Campolongo said. While Yellow Cab of Pittsburgh struggled with a shortage of cab drivers, zTrip can’t expand its fleet quick enough. “We have probably 85 people backlogged, waiting to get into training.”

On the customer side, Mr. Campolongo is candid about the issues that riders have had with taxi cabs over the years — problems that aided the rise of ride-hailing.

Users of ride-hail apps often cite horror stories of being stranded places or missing flights because taxi cabs failed to show. Stereotypes of cabs as musty, and even dangerous, pervaded the industry.

“I think people generally feel a little more comfortable in a taxi cab, but they were really uncomfortable with the service levels and response time,” he said. “Now that we’ve closed the gap in technology and comfort and the type of car we’re in, people are coming back.”

He read down a list of partnerships that zTrip, with deep roots and long-standing partnerships with other Pittsburgh businesses, has developed. The company even provides between 70 and 80 rides a day for students from nine local school districts and some private schools.

In many cities, the cab industry resisted ride-hailing and any change in regulations. The national taxi cab trade association has waged an ongoing campaign called “Who’s Driving You” that tallies criminal incidents allegedly involving Uber and Lyft drivers and asks for people to submit complaints.

Mike Pinckard, president of the 1,100-member Taxicab, Limousine & Paratransit Association, noted companies were put in a tough position by being forced to play by the rules while Uber and Lyft broke them.

But now that many states are adopting regulations governing ride-hailing, a small number of the taxi group’s more than 1,000 members are reaching out to capture that market.

Mr. Pinckard’s own company, Phoenix, Ariz.-based Total Transit, launched a ride-hailing alternative in January 2016 that currently gives 200,000 trips per month — or about 60 percent of the number of rides formerly performed by traditional taxis there.

“We believe that all of the key components are there to compete and win,” he said.

The challenge can be balancing the swelling demand for rides and ensuring drivers get enough trips to make money. In Pittsburgh, Mr. Campolongo said he is aiming to increase the zTrip fleet to 350 cars in 2018.

Cab drivers traditionally relied on steady trips to and from the airport, sometimes neglecting other areas

While those rides could bring in $35 and take an hour round-trip, the technology now gives drivers more pings throughout the region. Shorter rides can add up and usually mean more money for drivers, Mr. Campolongo said.

That’s where the nine-second gap comes in. The new version of zTrip’s app will send ride requests directly to drivers, without first sending the request through a central dispatch system.

Customers using the app to call a ride have no patience for even that brief delay.

“Before our technology can even tell them how long the ride will take to get there, they cancel,” Mr. Campolongo said. “There’s no patience. You’re off to the competitor.”

“Now, if we could just do something about that 2-star rating” on Google Reviews, he said with a laugh. 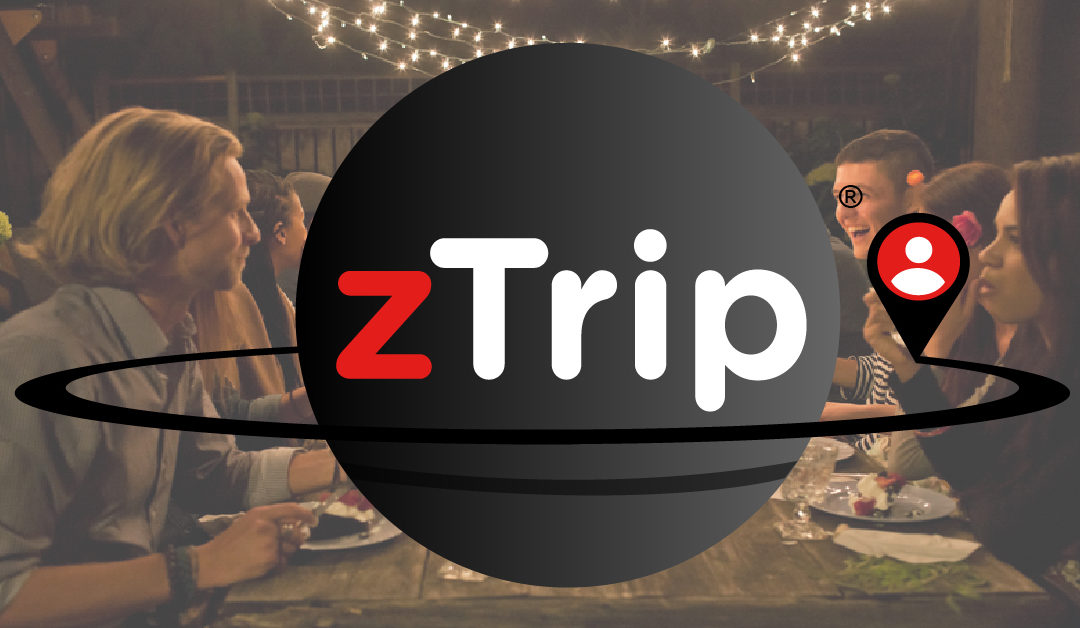