Most Kansas City taxis to operate like Uber and Lyft in wake of new state law. 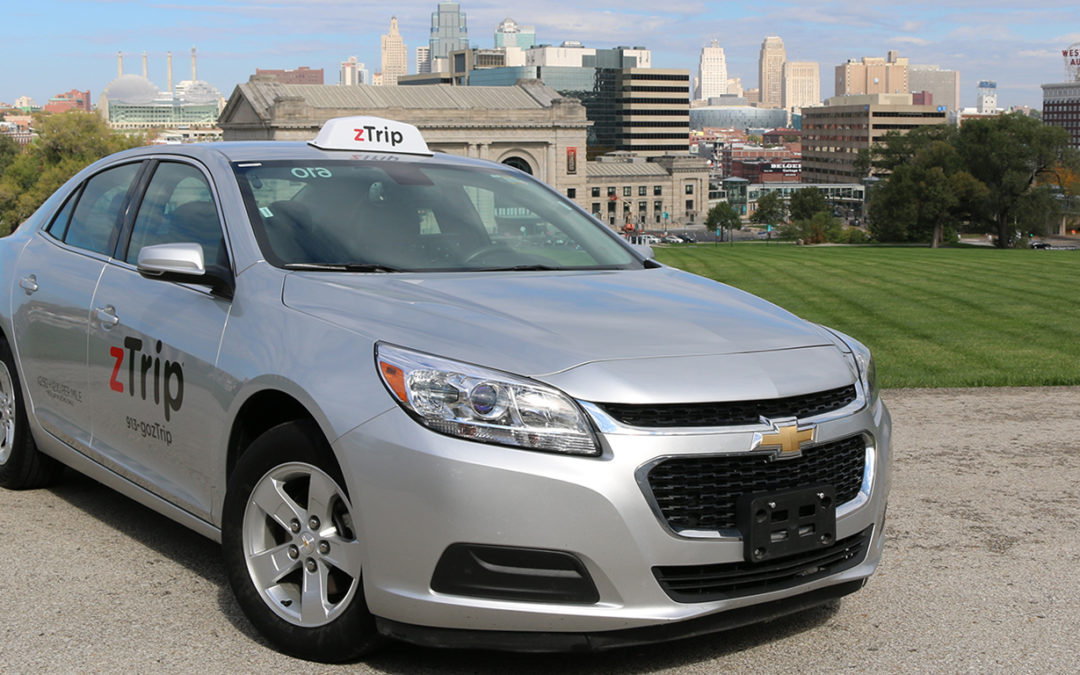 Kansas City’s licensed taxi business is about to all but disappear. But not its taxis.

That Kansas City ordinance had been designed, amid much debate, to adapt to the app-driven business models used by Uber and Lyft. Those companies recruit vehicle owners to make themselves available to

On Tuesday, the CEO of Kansas City’s dominant taxi business said that all but about 40 of the roughly 450 vehicles the company operates won’t bother with a city license come fall.

Instead, said Bill George, cabs that have operated under the Yellow Cab and 10/10  Taxi will be shifted to zTrip, a “transportation network company,” or TNC — subject to the same state licensing standards as fellow TNCs Uber and Lyft.

“We were ambivalent about the bill” that Greitens signed into law, George said. “But it gave us the flexibility we needed. … We’re always going to survive.”

Scott Wagner, Kansas City’s mayor pro tem and chairman of the council’s finance committee, said he was disappointed that the state had taken control of overseeing the businesses.

“I never celebrate when the city is pre-empted from what it should be able to do,” the council member said. “I am a little disappointed about the decision to transition taxis over to TNCs. But I’m not surprised, because it’s always been the desire to treat those the same.”

City Hall could lose some revenue if it’s licensing fewer taxis, but it also will have less work to do on inspections and background checks, said Assistant City Manager Rick Usher.

“That’s a decision that the state has made,” he said. “Once it’s law, the governor has signed it, it’s just a matter of complying with that. … I don’t think it’s worthwhile for the city to have a chip on our shoulder about regulatory power.”

George said Yellow Cab would continue to get city licenses for 40 to 50 traditional taxis, at a cost of $250 each, so that those vehicles can pick up passengers hailing rides from the curb at Kansas City International Airport.

The rest of the fleet will take a can’t-beat-’em-join-’em approach to competing with Uber and Lyft.

Under the zTrip brand, the cars will be available by smartphone app. George notes that unlike the better-known ride-hailing networks that grew out of Silicon Valley, his zTrip cars will also be available by dispatch, can be booked in advance and will accept payments not just through an app, but with credit cards and cash.

“We’re all picking up riders on demand for a fare,” George said. “We’re all in the same business. As long as we all have the same flexibility, I’m fine with the new rules.”

He expressed a slightly different view when the legislation was under debate in Jefferson City.

“The proposed bill strips the state and municipalities of any type of true enforcement over what is clearly a for-hire business,” George said last year. “If that is the state’s misguided intent, they must equally apply this measure to all vehicles for hire, including taxicabs.”

Uber worked with the Kansas City Council, sometimes contentiously, on rules policing the business and setting requirements for background checks of drivers. Lyft resisted and pulled out of the market in 2014. It had left the state of Kansas until lawmakers in Topeka loosened its rules last year. Lyft returned to Johnson and Wyandotte counties in November.

In the wake of the signing of Missouri’s new law, which takes effect in late August, Lyft was vague about any plans it might have for coming back to Kansas City.

“Lyft will now be able to expand our operations, bringing safe, reliable, and affordable transportation options and increased earning opportunities to those around the state,” the company said in an email. “Lyft is working with local communities to launch (before the law takes effect) in order to ensure more Missourians can enjoy the many benefits of Lyft. We are currently working on expansion plans and hope to announce those soon.”

City Hall, meanwhile, pressed the legislature to keep Kansas City’s regulatory powers in place. It argued that the looser state rules in the new law don’t offer customers the same protection from fraud or crime.

Under the city ordinance, a third-party vendor conducts background checks on potential drivers. City inspectors require them to have proper insurance and approve the vehicles as safe and in good condition.

Kansas City also insists on yearly criminal background checks, said Jim Ready, the manager of the city’s Regulated Industries Division. The Missouri law does not include that requirement.

In an analysis of the legislation when it was under debate in the General Assembly, Ready wrote that the proposal had “no requirement to run an individual background check more than once. In KCMO and almost every other city in the United States, a criminal background investigation must be run on a vehicle for hire driver every year. …

“An applicant who was convicted of first degree assault for beating a passenger with a crow bar while in their vehicle for hire who also had a history of violent criminal behavior would be eligible to be a TNC or taxicab driver if these incidents had taken place more than seven years ago. If an applicant was convicted of this crime within their first year of becoming a vehicle for hire driver, they could continue driving forever since a criminal background check is only required once.”

The roughly 700 drivers in George’s operation, people who’d been subject to the city’s more stringent rules, are already independent contractors. About two-thirds of those drive full-time, he said. He said he’s been able to recruit former Uber and Lyft drivers because so many have become disgruntled with those companies.

“They like driving for a living,” he said. “We can take better care of them.”

He said the new state law “allows us the freedom to run the way we see best to suit our customers.” His company oversees taxi businesses in more than a dozen cities, and he was unaware of other cab operations that had transformed to become transportation network companies.